Realising The Promise of Smart Cities

Realising The Promise of Smart Cities 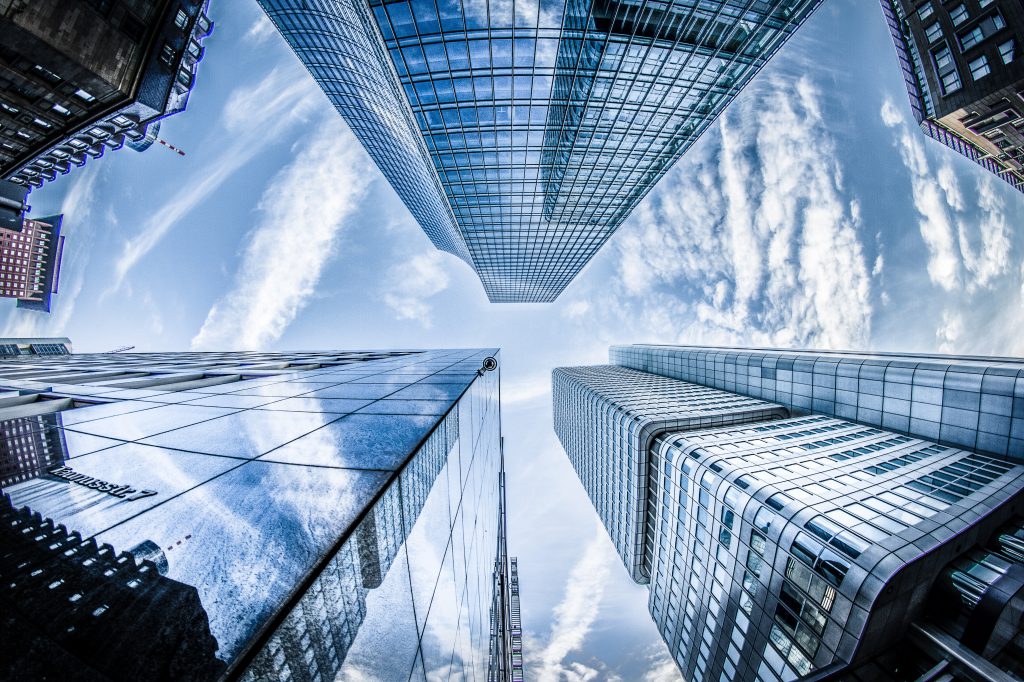 The Business Times (BT): What progress have we seen in the past few years regarding the development of smart cities in Asia?

Ong Geok Chwee: The past few years have seen different players in the smart city ecosystem working closer together to make things happen. As urbanisation happens around the world, technology enables solutions that reduce the stress on the city infrastructure and unlock a better living environment for citizens.

Telecommunications providers provide the fibre of connectivity to the different street furniture like street lights, surveillance cameras and sensors where insights generated drive the desired outcome, be it reducing energy consumption, a safer environment where surveillance cameras detect anomalies when sudden crowd congregation happens and activate law enforcement officers proactively, or the real-time updates of best suggested routes to take for commuters and drivers based on the current traffic conditions.

Jacob Hook: We have recently conducted rather comprehensive research to understand how cities globally are preparing themselves for the technology disruptions that are changing every facet of our life.

Our research finds that several Asian cities ranked quite high along the “development” vector which assesses the momentum of cities to meet technology disruptions, thanks to a large pool of tech talent, supportive policies, wide adoption of mobile technology and a clear focus on innovation.

The thoughtfully designed infrastructure allows cities like Singapore to implement several smart mobility solutions such as connected parking, e-government is expanding its service offering rapidly in many cities in China, thanks to some of the ubiquitous mobile ecosystems such as WeChat, the credit system that is being built from scratch facilitated by some of the tech giants such as JD.com is significantly lowering transaction cost, and serves as a foundation for various smart-city applications, to name a few.

Tay Kok Chin: Globally, we have seen increased interest from several governments in leading their countries and cities towards Smart Cities development. In Asia, large economies like India, China, Indonesia, Korea and Thailand have announced the development of hundreds of smart cities. Last year, when Singapore was chair for Asean, the formation of the Asean Smart Cities Network (ASCN) with 26 participating cities paved the way for the regional bloc to collaborate with other ecosystem partners.

This led to the Australian government’s proposal to set up the A$20 million Asean Australia Smart Cities Trust Fund that will support the development of digital solutions in participating cities.

In November 2018, US Vice-President Mike Pence announced the US Asean Smart Cities Partnership that will see ASCN leaders joining the Global City Teams Challenge Expo in July 2019, to foster closer partnerships among cities and regions from the US and Asean.

Fred Kalt: We have seen cities becoming more automated and digitalised, with both public and private sectors leveraging data and technology to deliver more reliable services and improve the well-being of citizens. On the roads, we have seen an increase in ride-hailing services as additional service for public transport, as well as an increase in the amount of traffic information on apps, web and signboards.

Beyond technology, cities are also incorporating sustainability into their development to cope with population growth, urbanisation and climate change in the long run.

Shekar Ayyar: The Asia-Pacific region accounted for 42 per cent of global smart-city spending in 2018, leading every other region in the world, according to IDC. The launch of the Asean Smart Cities Network in 2018 further highlights the region’s commitment to the Smart City vision.

BT: What challenges still remain in making cities smarter, and how can these be overcome?

Ong Geok Chwee: As cities become smarter and more hyperconnected, there is also increased vulnerability in terms of security. To overcome this, we need to adopt a “security by design” approach. The foundation of smart cities builds upon a clear vision of the desired living environment for its citizens, and the sustainability of smart cities lies in the resilience of their security design.

Jacob Hook: Data is the foundation of any smart-city application, and remains one of the key challenges for making cities even smarter. In most cities, data is quite segmented, and accessing, aggregating, storing and processing this segmented data in many different forms reliably, safely and in real-time where needed is both a tech challenge as well as a process and governance challenge.

Related to that, data analytics and processing platforms used by different smart-city solution providers are disjointed as well, which make the whole data landscape even more difficult to navigate, thus limiting the smart-city applications from reaching their full potential.

Tay Kok Chin: One challenge is to overcome the current silo focus of government agencies. To make a city smarter, it must be a multi-stakeholder ecosystem. Unfortunately, most government agencies today and their respective leaders are focused on their own agency work and KPIs.

A senior government official should be appointed to oversee this multi-agency group. This was what happened in Singapore when the Smart Nation Digital Government Group was formed under the Prime Minister’s Office. Another challenge is getting the buy-in from citizens. Mandating the use of mobile apps meant for smart cities would be a sure way for adoption and citizen engagement.

Fred Kalt: There needs to be appropriate design and technology standardisation, planning and collaboration across government departments and the private sector, and the drawing up of new policies and regulations for today’s more complicated technologies.

For example, in the case of Autonomous Vehicles, the main challenge is not the technology, but government policies and regulations on liability.

Who will be held responsible if accidents should happen? Car manufacturer, component supplier, or driver? This needs to be very clear before we can roll out Autonomous Vehicles on public roads citywide.

Shekar Ayyar: A key challenge of smart cities lies in connecting a web of decentralised IoT devices and sensors and putting the data through analysis to derive the required insights for smarter, automated applications. Furthermore, the immense number of connected devices poses a cybersecurity risk due to the expanded attack surface for would-be attackers.

To overcome this, we must adopt a holistic view when it comes to Smart City management, placing security at the core of this approach.

BT: How will the rollout of 5G technology impact the development of Smart Cities?

Ong Geok Chwee: 5G rollout will unleash new possibilities for smart cities. We are seeing the initial use cases that our member operators are working on with their industry partners, such as smart factory, cloud gaming, new media and entertainment, drones, etc.

Many operators are expecting the largest impact and value from 5G in B2B and B2G areas. Future use cases like autonomous vehicles and drone deliveries will take smart cities to the next level.

Tay Kok Chin: My personal view is that the adoption of 5G technology will greatly impact the development of smart cities positively. An immediate possibility would be the growth of cross-border collaborations to save costs – for example, video conferencing for business meetings, e-learning from top experts and tele-medicine.

Fred Kalt: Traffic and public transport will be greatly improved as intelligent road solutions will become a lot more efficient with the sheer speed and bandwidth to handle large amounts of data and process them in real-time. Fully autonomous driving can be implemented, with vehicles able to communicate with everything – to other vehicles, to static and dynamic parts of the environment, and to infrastructure, and with no latency.

Shekar Ayyar: The upcoming 5G network, set to be rolled out progressively as we move into 2020, will be a major boon to the development of Smart Cities. Its promise of ultra-low latency, high network speeds and ability to support a vastly increased number of connected devices mean that applications such as autonomous vehicles, remote robot-enabled surgeries, Industry 4.0 and other smart use cases can finally be realised.

BT: What will the Smart City landscape look like in the next 5-10 years?

Ong Geok Chwee: I think that the landscape will evolve into a “new normal”, where all products are “born connected” and connectivity is not an afterthought, but embedded by design into products.

The next wave of smart cities will not only be more secure, but more inclusive as well. 5G infrastructure will enable new possibilities that will transform how various industries work. That will also impact the way citizens live, play and work.

Jacob Hook: The early stage of the smart-city development has been more focused on the hardware and infrastructure side of the equation. Going forward, we think there will be an explosion of smart-city applications that put people and communities in focus, and leverage the infrastructure to make our cities not just smarter, but also more pleasant to live, work and study in.

Smart-city technology and applications will become a part of our everyday life and citizens will increasingly demand the efficiency, reliability and convenience that leading cities showcase and it will become a key lever to attract talent and investment.

Tay Kok Chin: With increasing support from governments around the world, we expect to see more announcements in the development of Smart Cities in more countries. Those which have already embarked on Smart Cities will move up with more applications and integration to existing ecosystems to make their countries and cities “smarter”.

The Smart Nation initiative by the Singapore government would provide lessons for other cities in Asean. The “Digitally Twinned Smart Cities” initiative which we plan to announce in June 2019 at ConnecTechAsia can become a platform for cities around the world to learn from one another, and more importantly, collaborate on projects.

Fred Kalt: We will see different city infrastructures being interconnected, leading to improvements and efficiency gains in city operation. On the roads, we are likely to see more electric vehicles, the implementation of demand-responsive public transport, and fully autonomous vehicles on public roads.

Shekar Ayyar: With the ever-increasing pace of technological development and concerted effort by governments, municipal authorities and private-sector partners to improve urban living, we can expect the Smart City landscape to look vastly different in the next decade or so. Previously unimaginable use cases might be realised. Already, companies are testing autonomous flying vehicles to solve the issue of traffic congestion in urban centers.

This piece was first published in The Business Times for ConnecTechAsia and is republished on this blog with the permission of UBM. You may read it here.